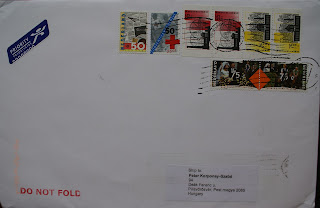 The letter was sent from Den Haag, the capital city of the Netherlands on 16th March, 2010. The cancellation is legible and there are stamps of various topics on the envelope. 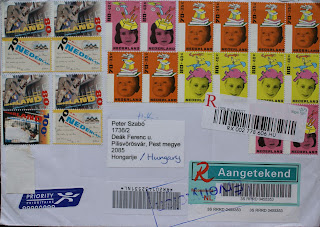 Although the letter above was sent a bit earlier than the one from Den Haag, it is a good example of the abundancy of stamps on the envelope. Pity, that some postal officials put a self-adhesive on some of them...
Bejegyezte: KSzP dátum: 8/01/2011