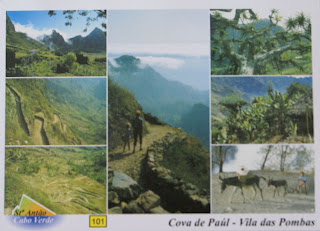 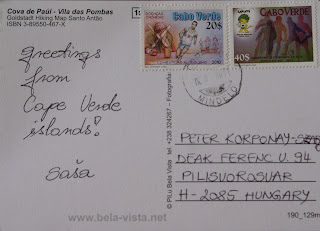 This truly beautiful postcard was sent from Mindelo, Cape Verde, on 2nd August, 2011 as it can clearly be read on the cancellation. Mindelo is an awesome port city surrounded by mountains in Sao Vicente Island. The postcard itself, however, shows Pombas, another Cape Verdean city in Santo Antao Island. Pity that people are leaving this beautiful island because of the low living standards.
The stamps feature the 2010 South African World Cup and the fight against alcoholism. Thanks to Sasha!
Bejegyezte: KSzP dátum: 8/13/2011