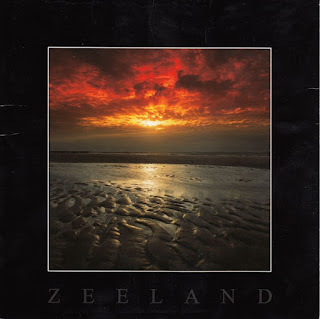 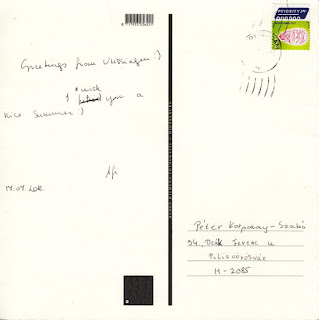 That's most probably the largest postcard I've ever received and that came all the way from the Netherlands from my former student, Aphrodite, who is spending some time there in the summer. The gigantic postcard shows a romantic sight of Zeeland, a province in the Netherlands that consists of numerous islands. Vlissingen is also located here, and this is where 'Afi' is staying at the moment,  although the postcard was sent from Rotterdam as far as the postmark is concerned. The sunset in the picture reminds me of the sunset we experienced together in England on the coast not far from Canterbury... Happy memories! A million+1 thanks to you, Afi!