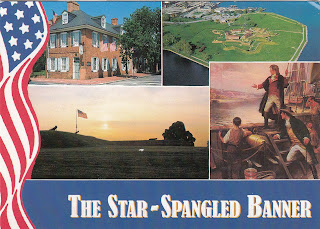 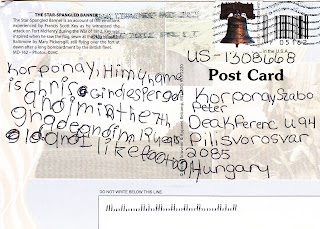 This postcard came from a 12-year-old Chris, a young Postcrosser. It shows Baltimore, the largest independent city in the USA, yet situated in Maryland.
The postcard reads: "The Star-Spangled Banner is an account of the emotions experienced by Francis Scott Key as he witnessed the attack on Fort McHenry during the War of 1812. KEy was inspired when he saw the flag, sewn at the Flag House in Baltimore by Mary Pickersgill, still flying over the fort at dawn after a long bombardment by the British fleet."
Thanks to Chris!
Bejegyezte: KSzP dátum: 10/07/2011