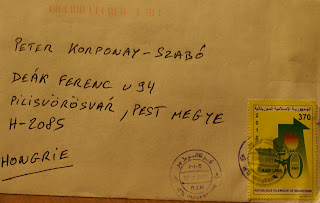 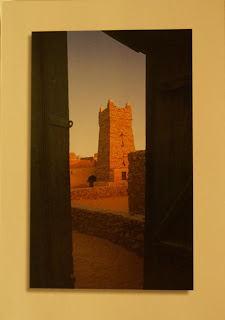 Within a month I got the second and third mail from Mauritania! The first one was sent in an envelope, however, this time it was stamped and cancelled (last time it was registered so it can't have been sent with stamps on it). Inside the envelope there was a postcard that shows the Chinguetti Mosque. 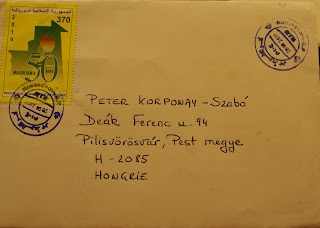 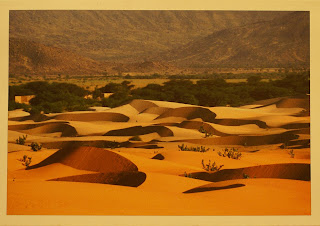 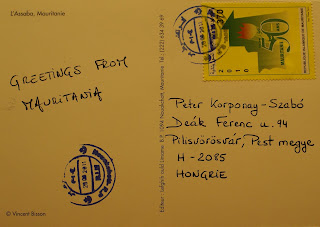 Then I wrote to Kyra and asked her whether it was possible to send a postcard without an envelope. She said it was impossible because the post office no longer allows postcards to be sent on their own. So what she did was, she wrote a postcard, put a stamp on it and asked for a cancellation at the post office. Then she asked back the postcard, put it into an envelope and put a stamp on it yet again and gave it to the person at the post office who obviously didn't understand what on earth was going on... :)
The stamps and cancellations are excellent on both the envelope and the postcard. The postcard is really nice featuring a desert in the Assaba Region.
Thank you Kyra, for arranging all this for me!
Bejegyezte: KSzP dátum: 9/04/2011